Wolfgang Brunner enjoys himself on almost all keyboard instruments, whereby his love of historical sound sources has earned international yields (over 60 CD recordings). Another love is piano improvisation, which accompanies him almost daily from basso continuo to silent film accompaniment, as crisis management in concerts, survival training and joyfully sought-after challenge. His playful instinct is reflected in unconventional programmes, in the organisation of concert series and the „Salzburger Hofmusik“, which he founded in 1992 and which has so far successfully resisted all the economic and intellectual decline of bourgeois concert culture. Brunner satisfies his pedagogical eros at up to 3 music academies simultaneously (Universität Mozarteum Salzburg, Bruckneruniversität Linz and Musikhochschule Trossingen) in subjects such as historical performance practice, old and new pianos, improvisation, and joint projects with students. Occasionally, he cannot refrain from scientific contributions to specialist journals or encyclopaedias (MGG articles), although his increasing wisdom of age would rather teach him to devote himself to his lovely family with 3 children. 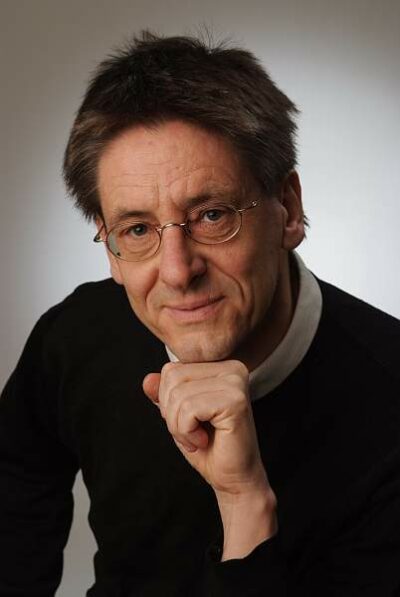 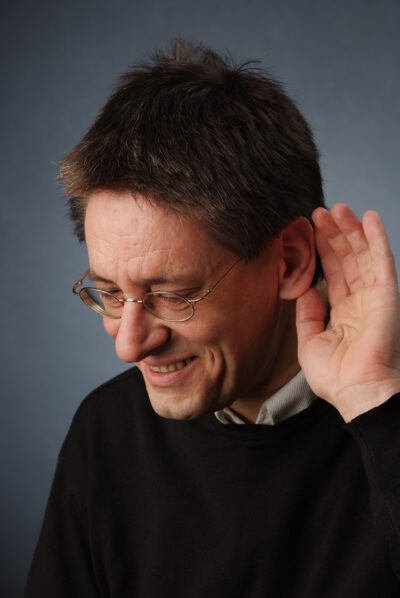 Wolfgang Brunner studied a variety of disciplines. From 1977–81 he studied music education at the Munich University of Music and from 1982–86, he studied piano at the Mozarteum Salzburg with Hans Leygraf. From 1985–89, he studied harpsichord, pianoforte and historical performance practice with Nikolaus Harnoncourt.

Since 1985, he has taught historical keyboards, piano and improvisation at the Mozarteum Salzburg. Since April 2008, he has taught classes in pianoforte at the Trossingen University of Music and at Bruckner University Linz. His students have been awarded several international prizes on historical instruments.

Since 1989, he has appeared at virtually all of the important European festivals for early music and today is regarded as one of the leading specialists of his generation. His partners include renowned interpreters of the early music scene such as Michael Schopper or the
Freiburg Barockorchester.

In 1991, he founded the ensemble Salzburger Hofmusik, which mainly but not exclusively performs the music of the 17th through the 19th centuries on original instruments, although the music of the Salzburger Court is a main focus of their repertoire. Projects including new
music, crossover or unusual formats offer him a welcome diversion, as well as curating concert series.

Among Wolfgang Brunner’s over 70 CD recordings and radio broadcasts include the first recordings of piano works by Anton Bruckner, E.T.A. Hoffmann, Ludovico Giustini, songs by Carl Orff, Heinrich Ignaz Franz Biber’s opera Arminio, as well as many of Johann Michael Haydn’s works for music theatre, which have often been awarded prizes.

Wolfgang Brunner has also been involved with the history of dance for many years. In this context, he studied musicology, drama and ethnology in Munich and Salzburg. He was a lecturer in historical dance from 1983–88 and has published essays and encyclopaedia
entries (e. g. the MGG articles »Arbeau« and »Branle«). His most recent studies mainly address topics regarding historically informed performance practice and improvisation.

Page load link
We use cookies on our website to give you the most relevant experience by remembering your preferences and repeat visits. By clicking “Accept All”, you consent to the use of ALL the cookies. However, you may visit "Cookie Settings" to provide a controlled consent.
Cookie SettingsAccept All
Manage consent

This website uses cookies to improve your experience while you navigate through the website. Out of these, the cookies that are categorized as necessary are stored on your browser as they are essential for the working of basic functionalities of the website. We also use third-party cookies that help us analyze and understand how you use this website. These cookies will be stored in your browser only with your consent. You also have the option to opt-out of these cookies. But opting out of some of these cookies may affect your browsing experience.
Necessary immer aktiv
Necessary cookies are absolutely essential for the website to function properly. These cookies ensure basic functionalities and security features of the website, anonymously.
Functional
Functional cookies help to perform certain functionalities like sharing the content of the website on social media platforms, collect feedbacks, and other third-party features.
Performance
Performance cookies are used to understand and analyze the key performance indexes of the website which helps in delivering a better user experience for the visitors.
Analytics
Analytical cookies are used to understand how visitors interact with the website. These cookies help provide information on metrics the number of visitors, bounce rate, traffic source, etc.
Advertisement
Advertisement cookies are used to provide visitors with relevant ads and marketing campaigns. These cookies track visitors across websites and collect information to provide customized ads.
Others
Other uncategorized cookies are those that are being analyzed and have not been classified into a category as yet.
SPEICHERN & AKZEPTIEREN
Nach oben